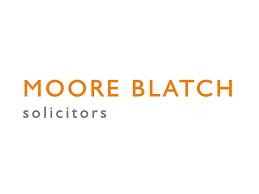 On 29th March 2017, the Department for Education published its review into the implementation of the Children and Families Act 2014, with particular focus on the effectiveness of the Act’s reformed disagreement resolution processes. The Act required local authorities to provide independent disagreement resolution and mediation services for use in disputes over Special Educational Needs and Disabilities assessments for young people.

Overall, the review found that the reforms have proved effective in improving dispute resolution in those local authorities that embraced the person-centred approach at the core of the reforms. However local authority practices vary widely, with a significant gap between the best and the worst performing local authorities. The format of the Education, Health and Care (EHC) plans – the documents specifying a child’s special educational, health and social care needs – used by different local authorities also varied significantly, with ramifications for parents and presenting particular challenges for those who advise them. Effective disagreement resolution requires advice from specialists who are familiar with the full spectrum of local authority practice, and are able to provide advice and options best suited to the particular needs of the individual.

Mediation was found to be an effective tool in reducing the likelihood of a disagreement over an EHC Plan decision escalating into an appeal to the First-tier Tribunal (Special Educational Needs and Disability), and to be a cost-effective route for disagreement resolution. Some local authorities are however more willing to engage in mediation than others, resulting in varying degrees of success for this approach.

The review found that a large majority of EHC Plan decisions that could be appealed were not. Of 40,952 decisions made across 109 local authorities regarding requests for EHC needs assessments, 7% of refused requests resulted in an appeal; 12% of assessments that resulted in a refusal to issue an EHC plan were appealed; and in 6% of EHC plans one or more aspect of the content was appealed.

Despite this, appeals generally had a high success rate. 94% of appeals were conceded by the local authority or were withdrawn, and of those appeals which made it to a hearing the vast majority were decided in favour of the appellant. From Moore Blatch’s own experience of working with clients on EHC Plan appeals, the process of obtaining evidence for an appeal often leads to the local authority conceding to parents’ concerns before the case makes it to the tribunal. Moore Blatch always aims to have resolved as many disagreements as possible before a hearing, which boosts our clients’ chances of success. Liaising with the local authority before a hearing can also resolve many of the appellant’s concerns without the need to go through the Tribunal.

There was found to be a lack of understanding of the role of Special Educational Needs (SEN) complaint procedures and disagreement resolution services, with parents preferring the familiarity of the SEN Tribunal, especially given the varying degrees of engagement from Local Authorities with the specifics of the reform. As these services become more ingrained they will come to be used more often, as they often provide effective and timely resolutions.

Overall the review demonstrates the effectiveness of the new reforms when they are implemented fully by local authorities. As the new systems become more embedded a more collaborative approach to disagreement resolution may well emerge, leading to better outcomes for children and young people with Special Educational Needs.